So, there’s a joke going around BirdSite about how scientists said “the internet will revolutionize the sharing of information and eliminate barriers to communication”, and what we got is viral tweets asking for the solution to “4 + 8 x 3 – 7, no calculators!!”

(Grandpa Stacey voice) I am disappointed.

Some time ago, I had one of those odd little thoughts that could be the spark of an essay. But in this particular case, the point I wanted to make felt like it could be made most clearly by demonstration, rather than explication. So, I wrote a concise report on “An Underappreciated Exchange in the Bohr–Einstein Debate.” Judging by the modest splash of positive e-mail that I received after posting it, I think I layered the whimsy and the serious point adequately well.

There are other people named Blake Stacey around the United States. I know this because (a) I came across their records when opting myself out of person-search websites, and (b) sometimes they use my GMail address when signing up for things. (Or, to be fair, perhaps they write their address in a form and someone else types it incorrectly.) I keep getting customer satisfaction surveys and even credit-card receipts from an auto dealership in a state I haven’t even visited in years.

A friend of mine once inadvertently got access to the Facebook accounts of two total strangers just because airplane WiFi is strange.

The topic of this year’s Foundational Questions (Quextions?) Institute essay contest is, “How can mindless mathematical laws give rise to aims and intention?”

My answer: They don’t. But not for the reason that most physicists who bother with such speculations probably think.
END_OF_DOCUMENT_TOKEN_TO_BE_REPLACED

A curious thing: in the four classes so far, the number of students attending has been, respectively, 19, 17, 15, 13. Assuming that the arithmetic progression continues, our final class will have $-1$ student. Some of Joachim’s colleagues have expressed an interest in coming along to see what $-1$ student looks like. This presents problems of a philosophical type.

Reading this Guardian account of Google’s autocomplete woes, it occurs to me that everybody ought to go Google “Nazis are fuckleheads” right now. It actually turns up a We Hunted the Mammoth post, so the number of pertinent results is already nonzero.

A friend and I visited the Harvard Museum of Natural History today. We found their power source: 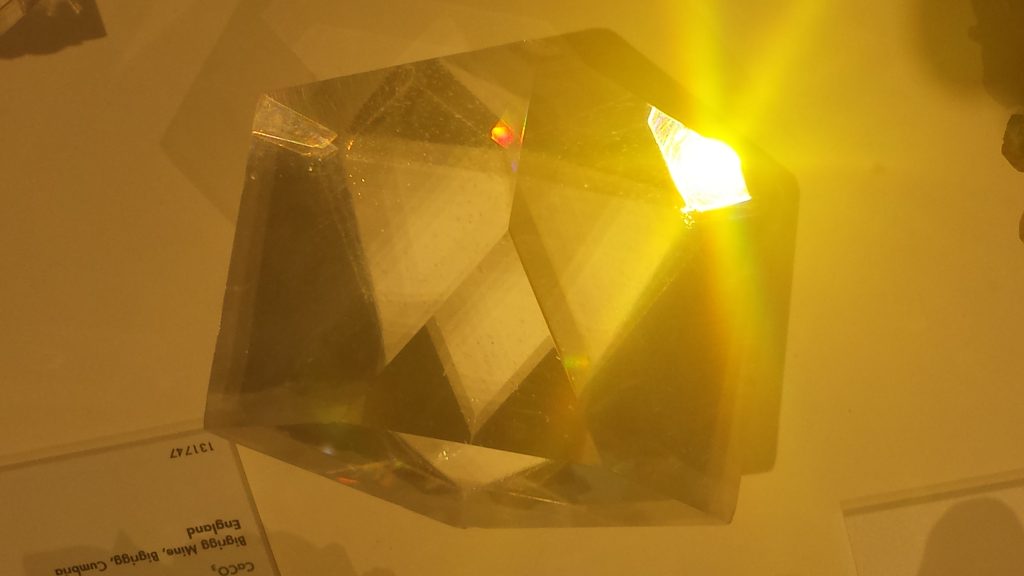 I get my CV caught up to date, in order to procrastinate on the tasks that will make it obsolete again.

In ages past, biographers read the correspondence of their subjects to gain information. There was something pleasing about finding a new morsel about an old life, a letter turning up in an unexpected place. Now… Hey, I have a page on YouTube that I forgot about until today!

Insofar as the subject of any biography is a singular self, this is the same Blake Stacey as the

Someone or something else created the

page, on which I have twice as many editions as ratings. But I am not the Blake, Stacey who wrote the Boy’s Own Adventure story “The Derelict Hunters: A Thrilling Story of the Dread Sargasso Sea” (more’s the pity).

This is based on my own self-perception.

Here is an instance where Noam Chomsky is on point. It comes from a 1994 interview prompted by the furor over The Bell Curve.

Part of what is happening is simply a scam. The trick is to take some position that will be greatly welcomed by the powerful (say, the editors and readers of the Wall Street Journal, etc.) with no need for concern about the status of the alleged empirical grounds or the validity, or even sanity, of the arguments.

Service to power will suffice to guarantee rave reviews, massive exposure, huge sales and the other corollaries to service to power. Then, the authors pray that someone will condemn them—if not, they can invent it. At this point they can portray themselves as tortured victims of powerful forces—like Black mothers, the radicals who (as we know) run the universities, etc.

The original gets huge media exposure, and the suffering of the victims who dared to brave the Black mothers and radicals who rule the world even more so. As I say, it’s a scam, quite a comical one in fact, but one that works brilliantly in a highly conformist intellectual culture, with remarkable intellectual and moral standards.

The “political correctness” comedy has many of the same features. In fact, the remarkable issue of the New York Times Book Review that was led off by a long praise of Herrnstein–Murray had many examples of the scam: effusive praise for a book that “dared” to say the elite had merit, even notice of the “brave, heroic” book by Harold Bloom that had the courage to say that students should read Shakespeare.

One must be awe-struck in admiration of this heroism. In the intellectual culture, it is all taken quite seriously, an interesting indication of that culture’s character.

And the adventure continues in the third blog post of an unintended trilogy….

The critics panning Pixels lead me to reflect: Galaxy Quest would have failed if the main characters were the kids instead of the actors.

The heroes of Galaxy Quest know less about their own canon than their obsessive fans do. They find it easy to see everything bad about their work, and much harder to remember why it connected with people. The comedy comes from their not easily stepping into the fiction. They’re fish out of water. In Armada, apparently, the gamers find their favorite snack food waiting for them at their battle stations. In Galaxy Quest, on the other hand…

“Are you enjoying your kep’la blood ticks, Dr. Lazarus?”

First they came for the Nobel laureates, and I did not speak out, because I was a new PhD with a handful of papers.

Then they came for the titled gentry, and I did not speak out, because I ride the bus.

Then they came for the millionaires, and I did not speak out, because I don’t have dental coverage.

Then they came for the bestselling authors, and I did not speak out, because I write fanfiction on my blog.

Then they came for the people with over a million Twitter followers, and I did not speak out, because I have 973.

Then they started to wonder what good it did to “come for” these people, since everyone they came for was still rich and powerful.

Then I spoke out, because, honestly… Phrasing! 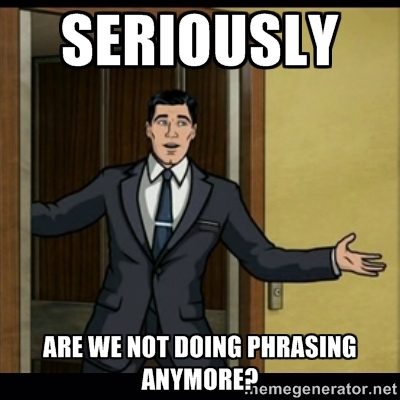 If you’re complaining about a “Twitter lynch mob,” you may already be an asshole.

It always baffles me when people think The Incredibles is an Objectivist movie.

It examines, under the surface of an adventure story, the psychological foibles which can lead people into Randroidism. That’s a very different animal. But some people seem to take “When everyone is special, no one will be” as the movie’s actual moral. Let’s unpack that.

First, who says it? 1. The villain. Yeah. That’s always a great place to look for the moral of a story. And, ironically, Buddy/Syndrome is special: he has the same superpower as Bat- or Iron Man. 2. A middle-aged man who feels unappreciated and projects his own troubles onto other situations. Again, yeah. Basically defines “reliable source,” I’m sure.

What’s the first event that sets the conflict in motion? It’s not the lawsuits against the supers. It’s Mr. Incredible failing to live up to a social obligation by brushing off Buddy.

What’s the first thing we see Mr. Incredible do in the present day? He helps a woman long past her productive years to loot a corporation. He doesn’t exploit his knowledge of the system for his own benefit; instead, he risks his own job, acting against his own self-interest, to benefit another person who can do nothing material for him in return. And the movie unambiguously portrays this as the right thing to do.

What’s the happy ending—or, rather, the coda? The supers learn to rein in their powers, to come in second best, so they can remain incognito and be there when civilization needs them. Again, the movie depicts this as a clear-cut good thing. But Rand had something to say about people who deliberately do less than their best in order to fit in better. When Dagny Taggart suggests she do just that, Francisco D’Anconia slaps her face so hard she tastes blood.

Stepping outside the text of the movie for a moment, does Syndrome’s “make everyone super so no one is” plan actually make sense? No. If you could buy rocket boots, they’d be, in principle, analogous to mountain bikes or skis or rollerblades. That is, they’d be a technology that opens up new kinds of activity: hobbies for some, pro sports for others. Saying they’d erase individuality is like saying camera phones were the doom of cinema, or that the mechanical typewriter was the end of literary genius. The plan doesn’t hold up, either within the movie or outside. But it doesn’t have to: it’s a fantasy from the mind of a maniacal supervillain.

The villain is a man who built his entire life around his grievances. The hero, as they do in many stories, has a few points in common with the villain. But the hero learns to see beyond, and rise above, the flaws they share with the villain. That’s what puts them on the hero side of the ledger.

On that note: the people who claim that Lois Lowry’s The Giver is an Objectivist novel. Yes, the quiet, emotionally intimate story about slowly learning wisdom through suffering, where a child risks starvation and freezing to death in order to have a slim hope of making his community a better place after he is gone. The story of how family is a matter not of blood but of love, how the flattening of natural beauty is to be mourned, how solitude can be joyful and loneliness painful in equal measure. The book that literally, not figuratively, says this:

“Giver,” Jonas suggested, “you and I don’t need to care about the rest of them.”

The Giver looked at him with a questioning smile. Jonas hung his head. Of course they needed to care. It was the meaning of everything.

But apparently for some folks, anti-authoritarian is automatically Objectivist. Because the world is simpler when you’re a misunderstood teenager.