This round of depression isn’t just worse than my previous episodes: it’s different. My symptoms, the things that help, the things that make it worse — they’re different. I’ve spent the last four years learning how to manage depression, and now, at least to some extent, I need to start all over again.

Greta’s project of blogging once a weekday this month is one of the incentives that’s got me posting more often, though I’m not keeping up with her rate.

It was the custom of the ancient Persians to reconsider while sober all Twitter avatar choices made while drunk, and vice versa. 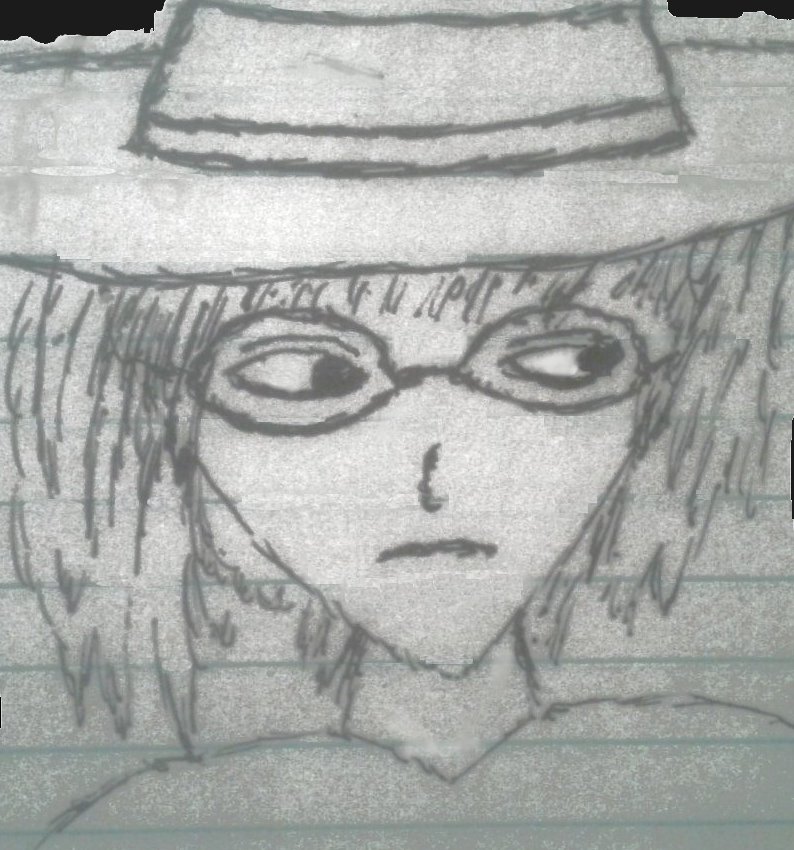 Me encouraging scientists to use Twitter sometimes feels like Bill Hicks saying, “I am available for children’s parties, by the way.”

We are currently in the midst of updating the too-long-unupdated software which underlies Science After Sunclipse. This process has largely gone without incident, though some mathematical formulæ are failing to display properly. Until we get everything sorted, just imagine an early-1990s “This Website Under Construction” icon next to anything which doesn’t look right.

Odd as it may seem, I have received several e-mails lately inquiring about these subjects; so, I’ve decided to set down my positions.

1. I have no desire to run ads on Science After Sunclipse. Per basic journalistic ethics, I believe in keeping a firewall between editorial and advertising, and this site is my editorial space. I am not so poor that I cannot afford the smidgen of hosting which a low-key site like mine requires. If I promote anything with profit in mind, it’ll be something which is as much mine as this site is.

2. I am not likely to run “guest posts” by people I’ve never met. This is a matter of practicality more than of principle. My experience with blog collectives has been that they bring more drama than I find genial; likewise, being an active Wikipedia editor is not an effort I’d like to repeat. Involving other people in this notebook of mine, unless I already know them personally, is a hassle I’m happy to avoid.

There. That’s that sorted.

Lots of #!$#% to get done. Will be away from the Blogohedron for a while. (That includes snarkfests in other people’s comment threads.) Will hopefully come back with upgraded software, a satisfactory comment system and all that, in the not-too-distant future.

Meanwhile, why not help science bloggers build something a little more lasting than usual, and support The Open Laboratory?

Or watch Ed Witten on TV?

Science After Sunclipse has moved to a new home with a more cheerful colour scheme, http://scienceblogs.com/sunclipse/.

Really, there’s not much more to say than that. They asked; I said I could only move if they upgraded their software to allow equation support; they said an upgrade was in the works; eventually, I decided to get situated over there so that somebody who knows how the software is meant to be used is around to get it going. These things don’t happen until somebody pushes. Like Dad always said, the bitchy wheel gets the grease.

Oh, and I figured I should profit, even if only a tiny bit, from any traffic which goes to the Carnival of Elitist Bastards.

OK, if anybody out there actually understands Manhattan, maybe you can help me. Here’s the situation: you’re at the American Museum of Natural History, or in other words, 81st Street and Central Park West, and you’ve got to get to the corner of Canal Street and the Bowery, where the Chinatown bus is leaving. The B train is not running. Is there a better way than to ride the C train all the way to Canal Street and then play dodge-the-pedestrians from the south of Soho into Chinatown, weaving through the bobbing umbrellas and the vendors selling improbable knockoffs of everything that shines, as the summer rain begins to fall upon you?

I always get to have the strangest kinds of fun when I visit New York City.

Joshua, Rebecca “NSFW” Watson and I rode down from Boston yesterday morning, ostensibly to attend Lori Lipman Brown‘s talk for the NYC Skeptics, but we arrived too late and were only able to attend the drinking which happened afterwards, coincidentally beginning when Rebecca showed up (for reasons I do not purport to understand). The following eight hours passed hazily by, in the aptly-named Social Bar.

The cheese fries were good, the crab dip not so much. Our waitress did a very good job keeping the Skepchick contingent supplied with libations, and she did yeoman (yeoperson?) service in getting the bar to follow our scribbled instructions for making skeptically-themed drinks: the Buzzed Aldrin, the Moon Hoax, the Sylvia Browne. . . .

I must admit that when I was a teenager reading books by Carl Sagan and company, I did not expect “skepticism” as an intellectual movement to involve showing up at a bar and starting to drink at four in the afternoon.

Anyway, with the weekend well and truly wasted, I’m back in the Greater MIT Metropolitan Area, where the computer I left behind has finished a run of number-crunching and given me something interesting in the results. I’m going to take off a few days and poke these analyses to see what else they’ve got — the SCIENCE IN PROGRESS light is tentatively flashing in my spine. (I’ve also realized that I’ve had a few too many pointless arguments in different corners of the science blagotubes in recent weeks, so I should take a bit to do something more productive with my time. You’re all still wrong, though.) I recognize that I owe at least two people book reviews, and readers have sent me some items of woo that might well be worth debunking, but there’s only so much caffeine a brain can hold. . . .

Where else could you dump thousands of grumpy and disaffected words on unsuspecting readers and have them come back asking for more, and in a more easily printable format? Seriously: if you know a better venue for long-winded, gloomy rambles, I’ll go there instead.

Recently, Scott Hatfield asked me if I could convert one of my lengthier essays into a PDF or some other such format. In the spirit of excessive and unwanted generosity, I did a quick-and-dirty conversion job on not one, but two posts. Here they are:

The next time I need to procrastinate on something dreadfully important, I might try this again.

This I have learned:

That when a young woman says, “I love you,” and demands that you write about your encounter with Neil Gaiman, you set aside the time to write about meeting Neil Gaiman. If I can get a scanner to cooperate with me, this write-up will be an illustrated one.

I’m also trying to get my verbiage organized for another book review, this time of Leonard Mlodinow’s The Drunkard’s Walk (2008). The back cover has an endorsement from David Berlinski — yes, that very one — but don’t let that fool you: it’s actually a good book. (I’m imagining a gruff, cigar-chomping editor with too many books to manage, firing a memo to the PR department: “It’s a book about math. Send it to that other guy who wrote about math.”) The historical interludes, such as the biographical sketches of Cardano and Pascal, transform the mathematics from dry, “textbook” material into the product of human curiosity, and the slice-of-modern-life examples succeed in making the subject feel relevant. Paragraphs with lots of numbers in them might be intimidating at first blow, but such is the way the world works; I’d suggest keeping paper and pencil at hand, working through the arithmetic as you progress through the book. Stuff is stated in words which I’m used to seeing in equations. This is probably a prudent move when writing for an audience which finds algebraic symbols even more imposing than decimal digits and long division, but after a while, I really began to appreciate how concise and powerful algebraic notation is, and I suspect that a deliberate attempt to remove the terrors of it might reap long-term benefit.

Either before or after I get that finished — probably before, from the way my drafts pile looks right now — I’m going to post the first of a few essays stemming from Alan Sokal’s new venture into exposition, Beyond the Hoax (2008). Again, this is a good book with its own intimidating aspects. Like the science-writing anthology I reviewed a while back, Beyond the Hoax serves to emphasize that books are best understood as part of a library, with no one “text” being the last word.

Back into my burrow I go.

Eagle-eyed readers will notice that a new entry has joined my “Blagnet” list on the right-hand sidebar. NEQNET: Non-equilibrium Phenomena is written by Dmitry Podolsky, a theorist at the Helsinki Institute of Physics. Like me, Podolsky is interested in mathematical methods which grow out of physics and turn out to be applicable to areas like market dynamics and evolutionary biology. Unlike me, he knows what he’s talking about (or at least has had more time to practice how to fake it). He’s also been writing about cosmology and his research therein.

Now, he just needs to find a couple co-bloggers named Rosen and Einstein. . . .

Thanks to Jacques Distler for noticing that NEQNET had gone on the air.

Hmmm. It appears that I get to spend this week working on something which is not this website. However, it’s not in my nature to leave whatever readers I’ve got without something else to read, and fortunately for me, the Internets have delivered some juicy material recently. Two books are in the works, and you, Gentle Reader, have a chance to contribute to both of them.

Both are mathematical in nature. The one geared to a more general audience is Jason Rosenhouse’s big book on the Monty Hall Problem. He’s finished the first draft, and is gathering feedback on the first chapter. Go, read the PDF, and offer your comments!
END_OF_DOCUMENT_TOKEN_TO_BE_REPLACED

Since I started Science After Sunclipse a year and odd days ago, it has received 30,003 spam messages. On the 572 posts currently hosted here, 2,013 legitimate comments have been left (including replies I’ve made to others). So, just about one in every fifteen comments have been “ham” instead of spam.

Thirty kilospams. . . I feel like I should throw a party.

If I really wanted to pull in the traffic, I would write about the topics which seem to concern the people who find my site:
END_OF_DOCUMENT_TOKEN_TO_BE_REPLACED

I think my site has been hacked.

All sorts of stupid crap is appearing in my WordPress pages. Please hold while we resolve the difficulty and beat up the people responsible.

UPDATE (2:39 AM): I think the damage has been un-done. While for about thirty seconds I was panicked and a little flattered that I might finally have pissed off somebody important, it looks like it was just a script kiddie from Hong Kong. Now, I just need to see how it happened and how I can stop it from happening again.

UPDATE (3:29 AM): Well, the good news is, it doesn’t look like the problem is my fault. In fact, I’m rather expecting that every PHP and HTML file hosted on SiteGround has been tagged with two extra lines of code.
END_OF_DOCUMENT_TOKEN_TO_BE_REPLACED