Google Scholar is seriously borked today. I heard about the problem when Christopher Fuchs emailed me to say that he had his Google Scholar profile open in a browser and happened to click the refresh button, whereupon his total citation count jumped by 700. After the refresh, his profile was full of things he hadn’t even written. Poking around, I found that a lot of publications in the American Institute of Physics’s AIP Conference Proceedings were being wildly misattributed, almost as if everyone who contributed to an issue was getting credit for everything in that issue.

For example, here’s Jan-Åke Larsson getting credit for work by Giacomo D’Ariano:

And here’s Chris picking up 38 bonus points for research on Mutually Unbiased Bases—a topic not far from my own heart!—research done, that is, by Ingemar Bengtsson: 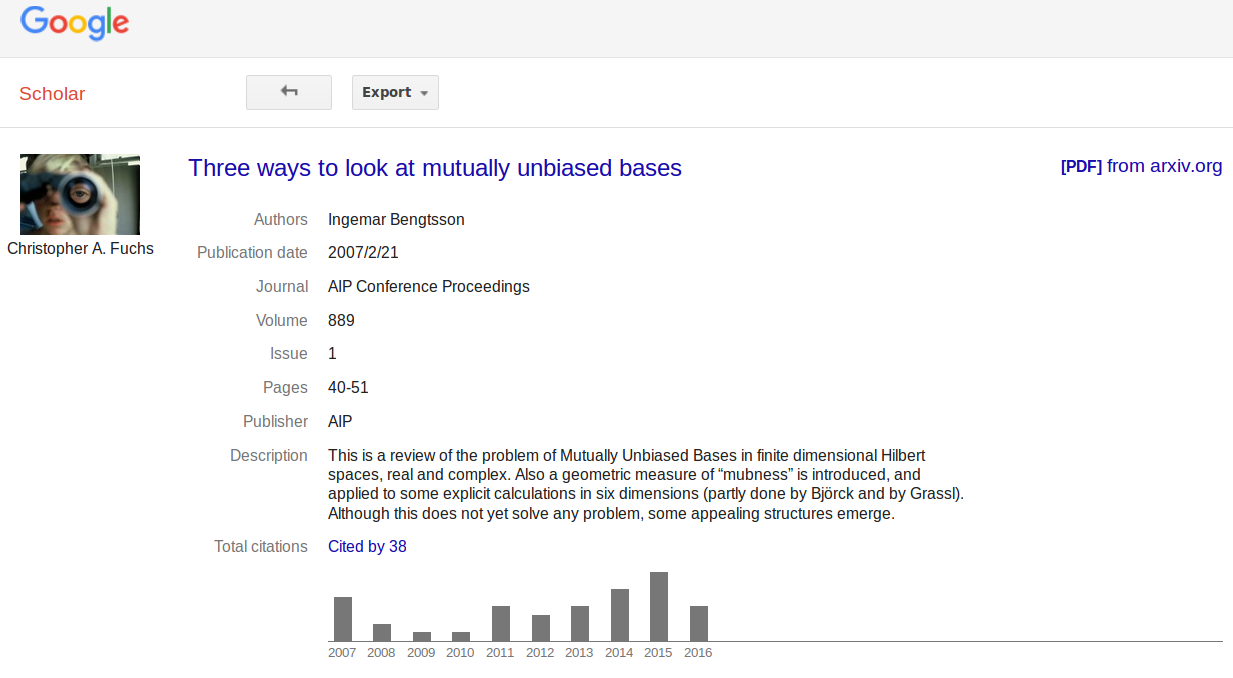 Note that again, the publication appeared in AIP Conference Proceedings.

I’d like to know how far and wide the rot goes, but that’s the kind of question I’d need to crowdsource!

EDIT TO ADD (later in the day): The problem is not confined to articles AIP Conference Proceedings. It also hits articles published in Physical Review A, one of the flagship journals of physics. Here, for example, is Adán Cabello getting credit for a paper by Klimov and Muños: 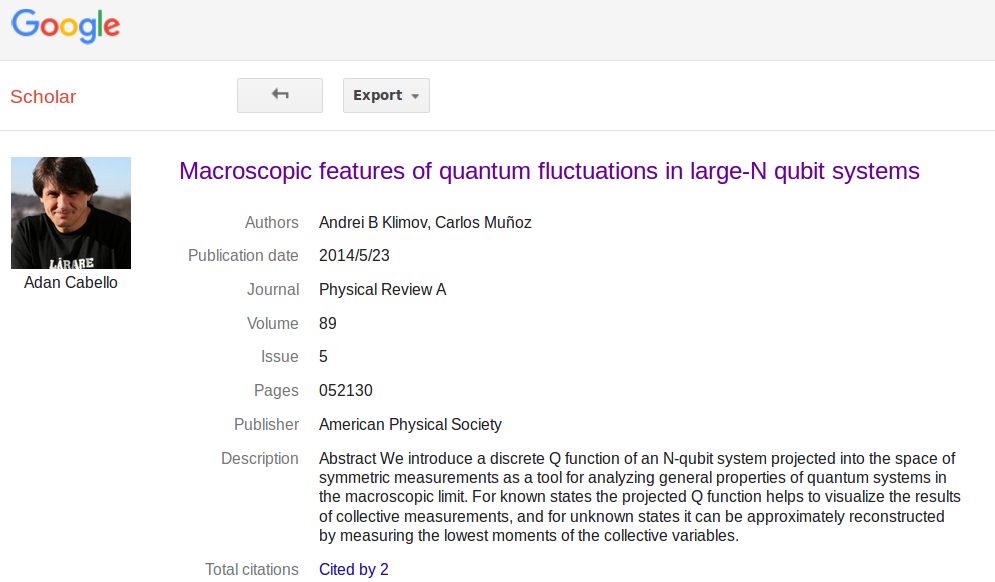 He is also credited with a paper by Caballar, Ocampo and Galapon, also in Physical Review A.

Of course, there may be multiple underlying software problems at work.

yesterday I caught an entry in an SPIE conf misattributed to me. I had a cite in the same issue so thought it a 1 time mistake. But today it also removed cites to individual chapters in my book, which were redundant. Looks like crawling a new algorithm.

It looks like Google Scholar is also crediting Pukite with “Article#: INSPEC Accession Number,” by a certain “P. Options” (who may be a collaborator of a certain “P. Login,” active some years ago).

EDIT TO ADD (21 January): Marcus Appleby wrote in with an example where Google Scholar attributes a solo-author paper of his to seventy people:

I think that in this case, Google Scholar is taking the author list from everyone who published in the first twenty-five papers on the Quantum Physics arXiv during December 2004. No, really: take a look!