What can the LHC tell us, and how long will we have to wait to find out?

Over at Symmetry Breaking, David Harris has a timeline for when the amount of data gathered at the LHC will be large enough to detect particular exciting bits of physics which we expect might be lurking in wait, at high-energy realms we can’t currently reach. (The figures come from Abe Seiden’s presentation at the April 2008 meeting of the American Physical Society.) Assuming the superconducting cables — all 7000 kilometers of them! — get chilled down to their operating temperatures by mid-June and particles start whirling around the ring on schedule after that, then we could hope to spot the Higgs boson as early as 2009.

In my series on supersymmetric quantum mechanics, I spent a good long while discussing “partner Hamiltonians,” that is, quantum systems for which each state of one system has a corresponding state with the same energy in the other. 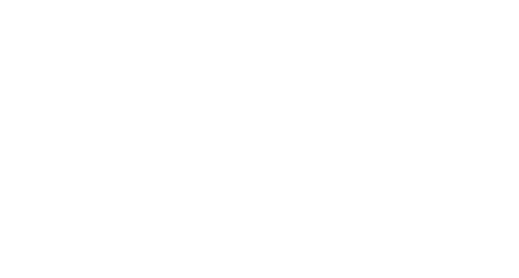 The grown-up version of this idea adds in relativity and soups up the math to handle systems of multiple, interacting particles — in other words, it graduates from supersymmetric quantum mechanics to supersymmetric quantum field theory. Remember, in relativity, mass is energy, so the partner of a particle with a certain mass will be another particle with the same mass. What you’ll actually get is that each fermion has a partner which is a boson (fermions obey the Pauli exclusion principle, bosons don’t).

Supersymmetry would fix all sorts of problems for us and do many nice things, but Nature doesn’t give it to us that easily. The bosons we observe in the real world don’t have fermionic superpartners, and neither do fermions like electrons have bosonic counterparts. So, we speculate: could some effect have “broken” supersymmetry and given the superpartners extra mass, making them effectively invisible and irrelevant for the daily lives of protons, electrons and photons? Well, if the mass scale involved isn’t too bad — say, only a thousand times that of a proton or thereabouts — we might know by the end of 2009. The higher the energy, the longer it’ll take.

Supersymmetry originally came from string theory. “Hey,” said the physics community back in the 1970s, “if we apply quantum mechanics to the motion of a wiggly string-thing which obeys the rules of special relativity, the different ways it vibrates look like different particles!”

“Groovy. What sort of particles do you get?”

“Well, this kind of string only gives us bosons.”

“Hey, yeah, and if we add some extra math stuff, we can get fermions too, but there’ll be a relationship between the bosons and the fermions. It’s this really nifty symmetry thing. . . .”

After a few twists and turns which probably look more predictable in retrospect than they seemed at the time, string theory emerged as the leading candidate for a viable theory of quantum gravity. (All sorts of other fun stuff got invented along the way, too.) One truly odd thing stands out: in string theory, the Universe has extra dimensions, ways to move which are at right angles to all the directions we know about. OK, maybe the matter we know about is confined to a thin slice of the total Universe; in a world where LOLCats exist, we should be used to stranger things by now. 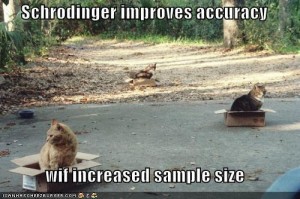 If the energy necessary to detect the presence of these extra dimensions is less than 9 TeV (that’s roughly nine thousand proton masses) the LHC has a chance of spotting them.

One thought on “What Can the LHC Tell Us?”